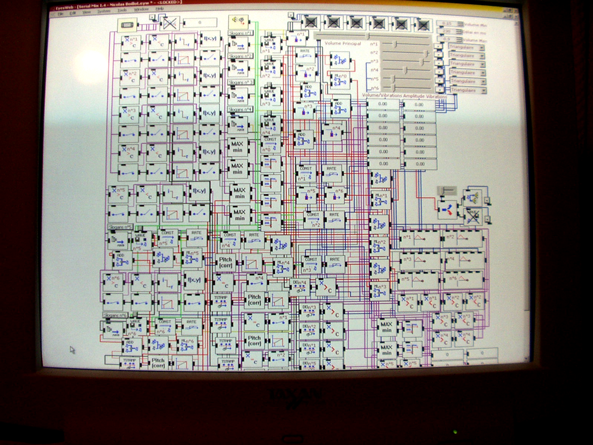 Eyesweb patch of The advertising Lyre 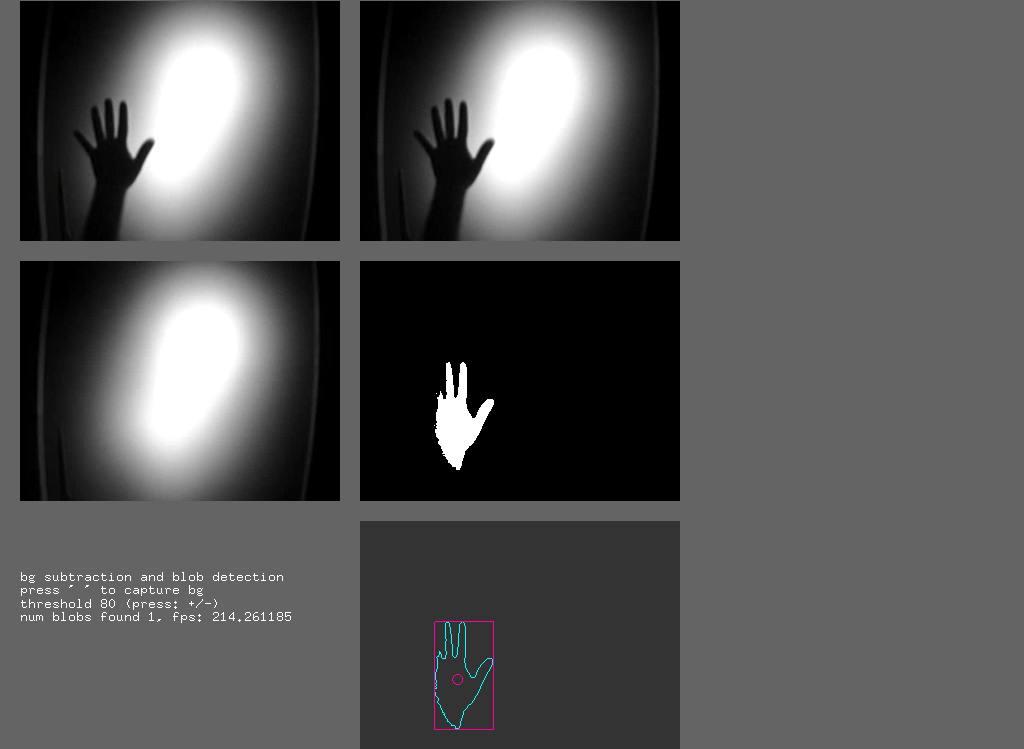 OpenFrameworks is an open source C++ toolkit designed to assist the creative process by providing a simple and intuitive framework for experimentation. The toolkit is designed to work as a general purpose glue, and wraps together several commonly used libraries 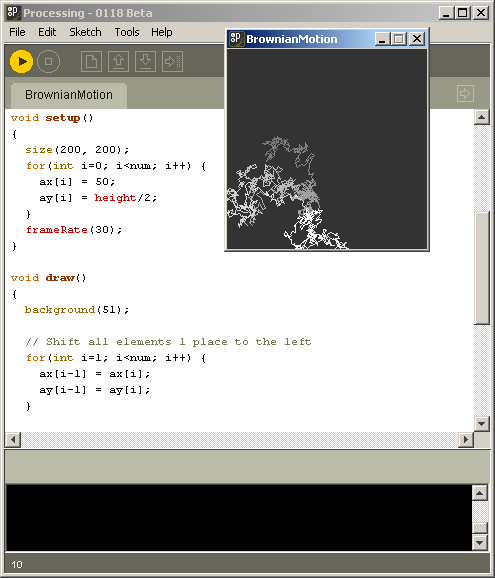 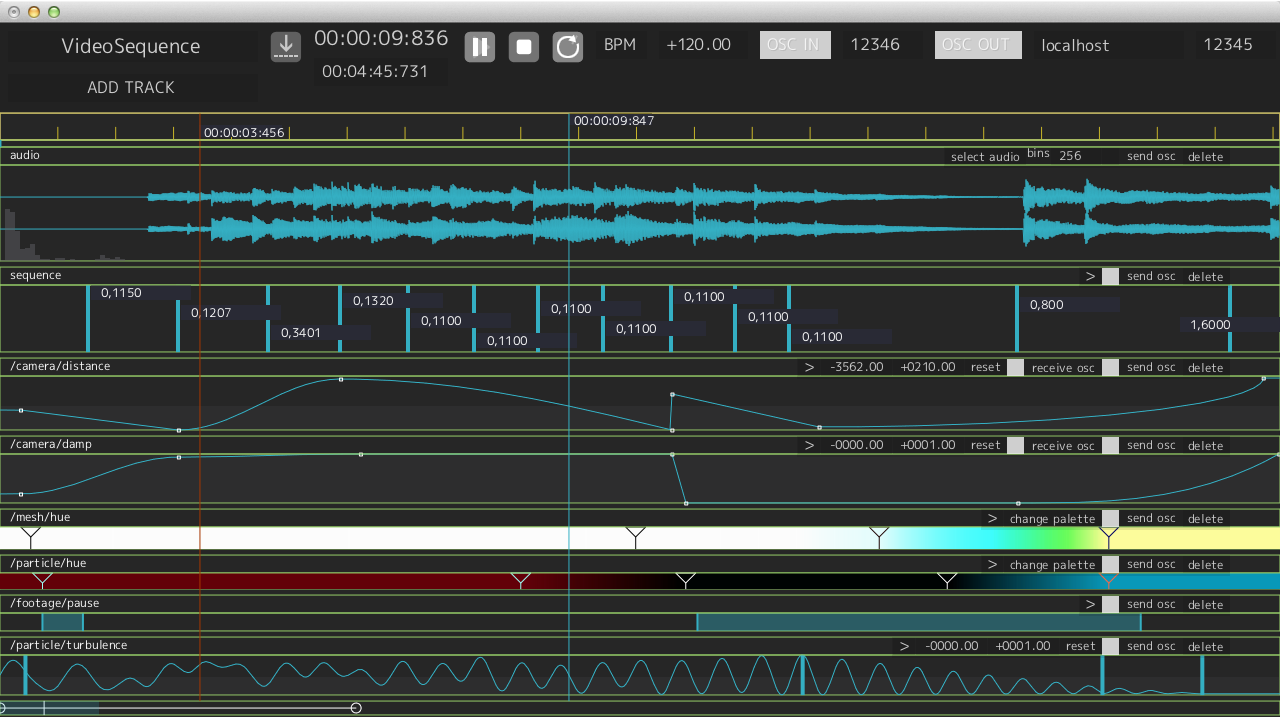 Duration is an application for designing change over time 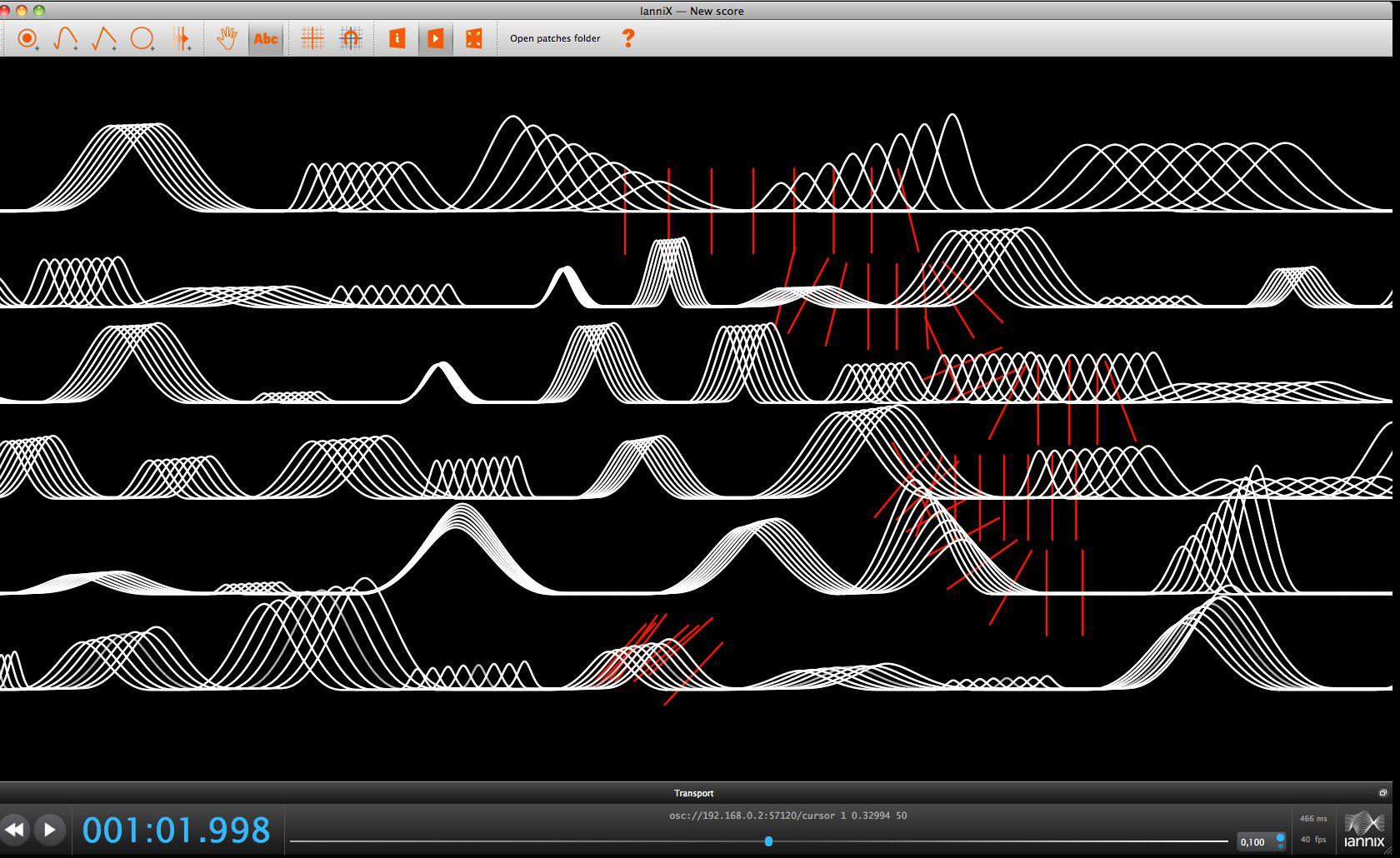 IanniX is a graphical open-source sequencer, based on Iannis Xenakis works, for digital art. IanniX syncs via Open Sound Control (OSC) events and curves to your real-time environment.

OF addon serves any variables you want (bool, float, int, enum, string, ofColor) on the network, so that you can modify from outside the OF app. Includes OSX Client. OSC based 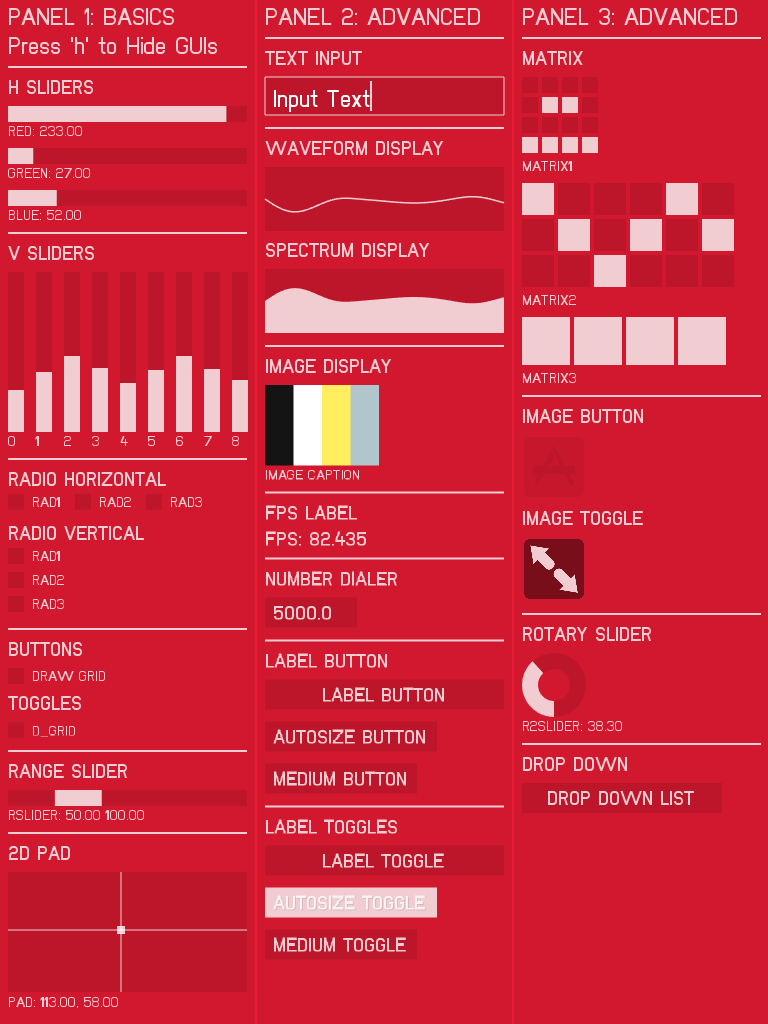 A User Interface Library/Addon for openFrameworks

ofxShowGrid – Draw visually a grid, the golden ratio, the third ratio and center relative to your width and height. 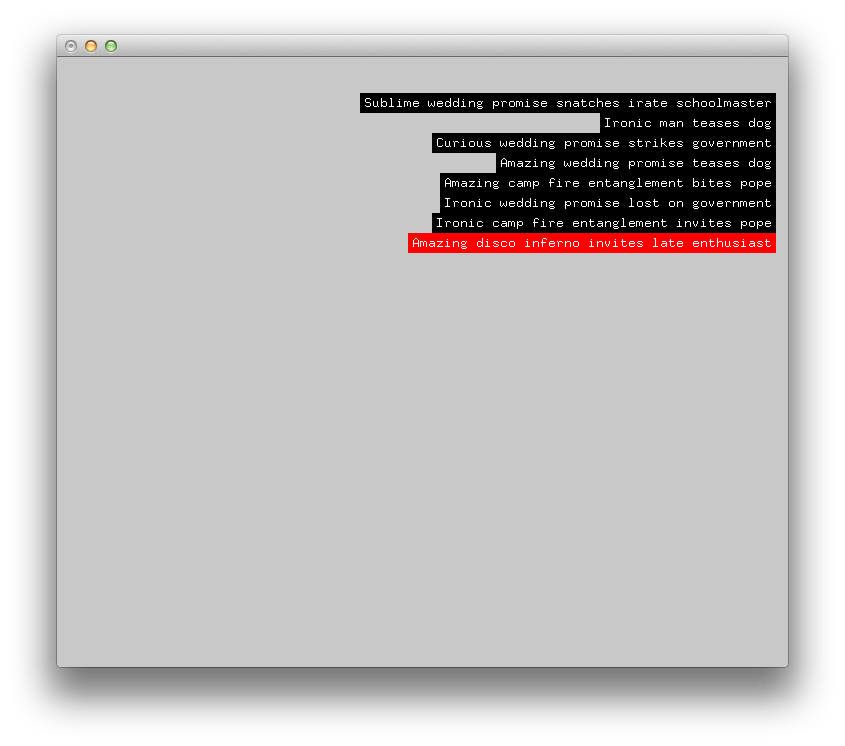 ofxArduinoDjShield – Use easily the DJ Shield for Arduino by Nootropic Design https://nootropicdesign.com/djshield 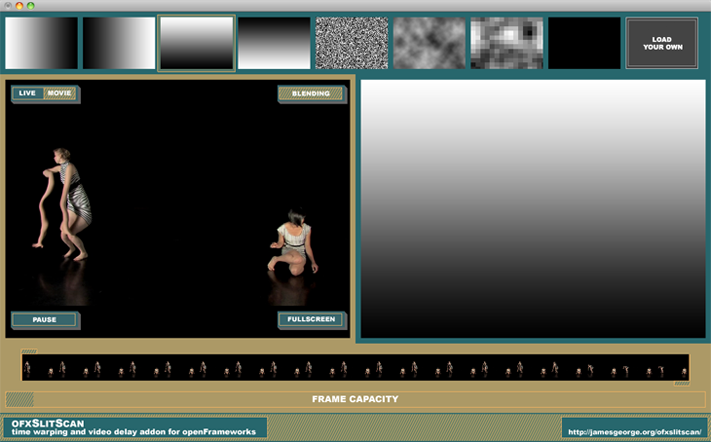 OpenMax accelerated video player for openFrameworks on the Raspberry Pi

Geomerative is a library for Processing. It extends 2D geometry operations to facilitate generative geometry. Includes a TrueType font and an SVG interpreters. This library exposes the shapes (such as vector drawings or typographies) in a more approchable way. Geomerative makes it easy to access the contours, the control points and the curve points, making it easy to develop generative typography and geometry pieces in Processing. 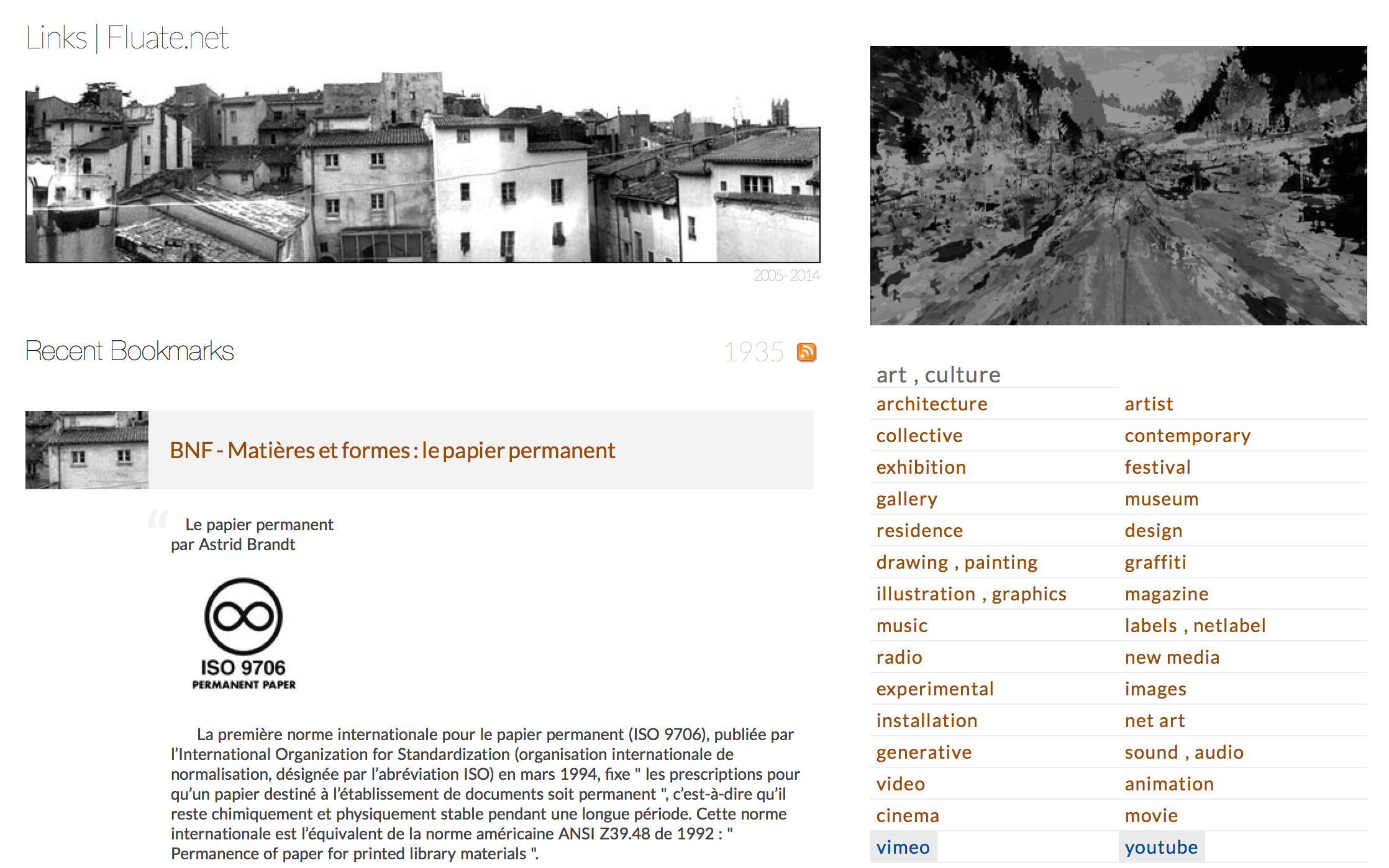 The Visual Communication of Complexity (May 2018)

(centiscript) – A tool for visual thinking by Satoshi HORII

Alcatraz | The Package manager for Xcode 5

Pocode - C++ library for the production of interactive media

(fluxus) - A 3D game engine for livecoding worlds into existence

Program or be Programmed - Ten Commands for a Digital Age