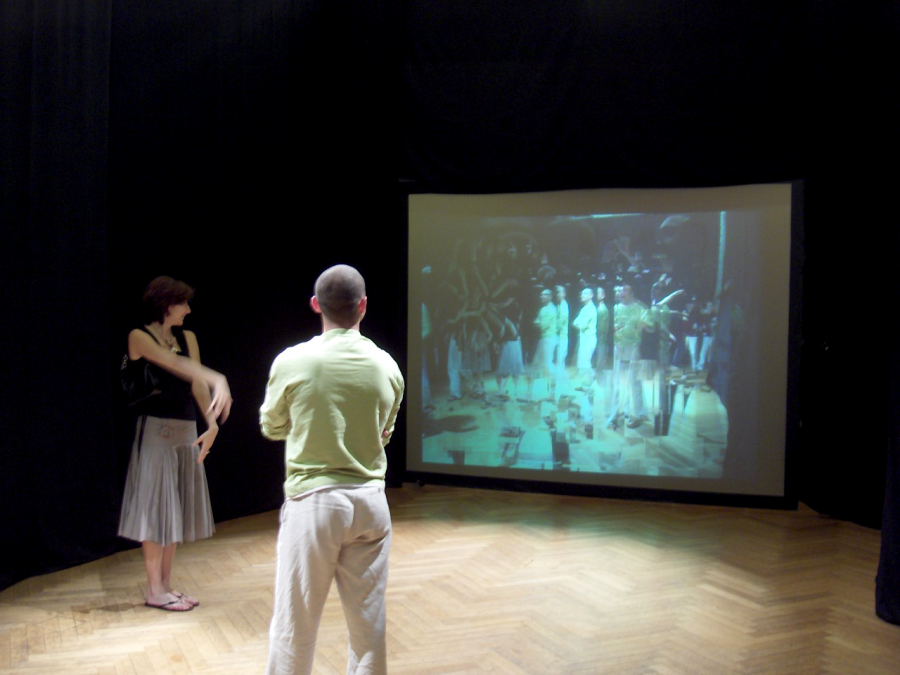 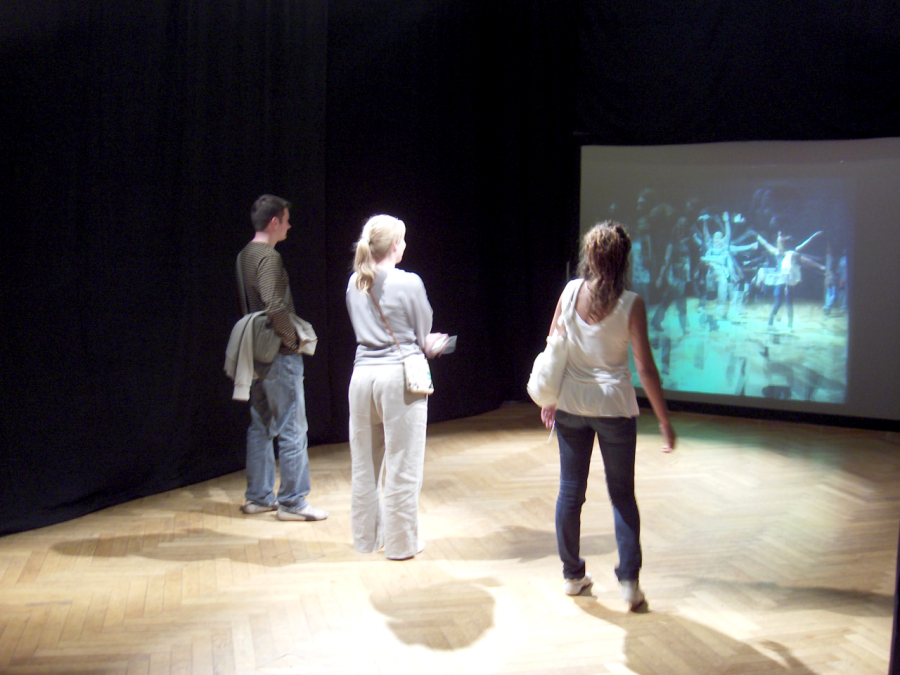 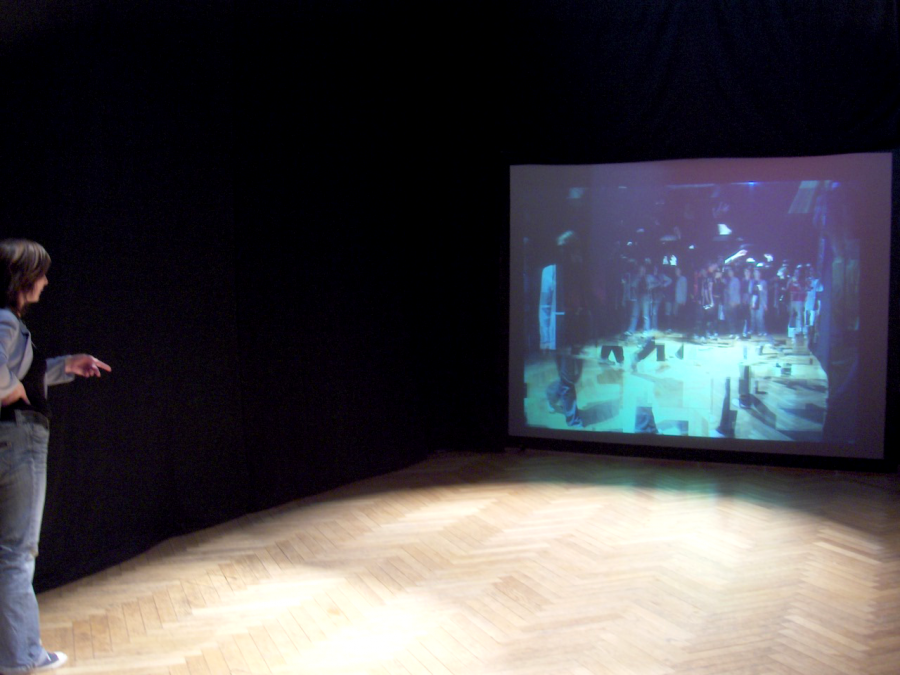 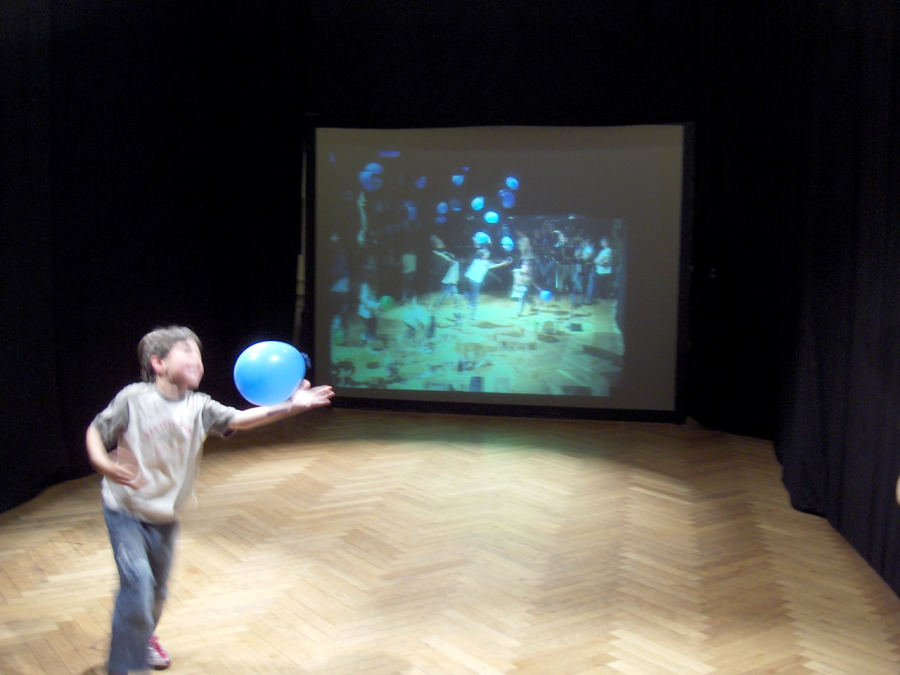 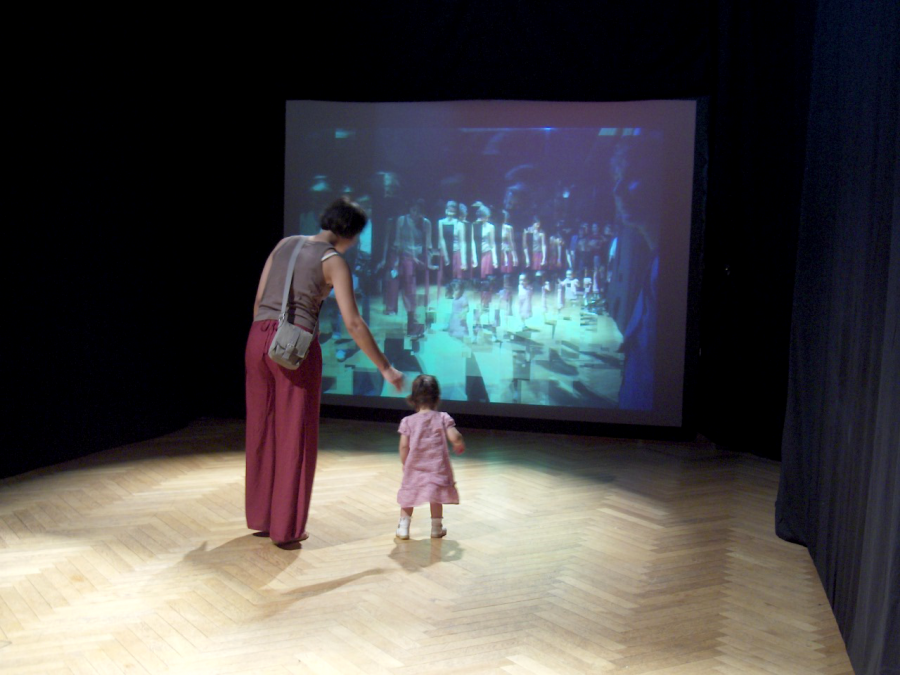 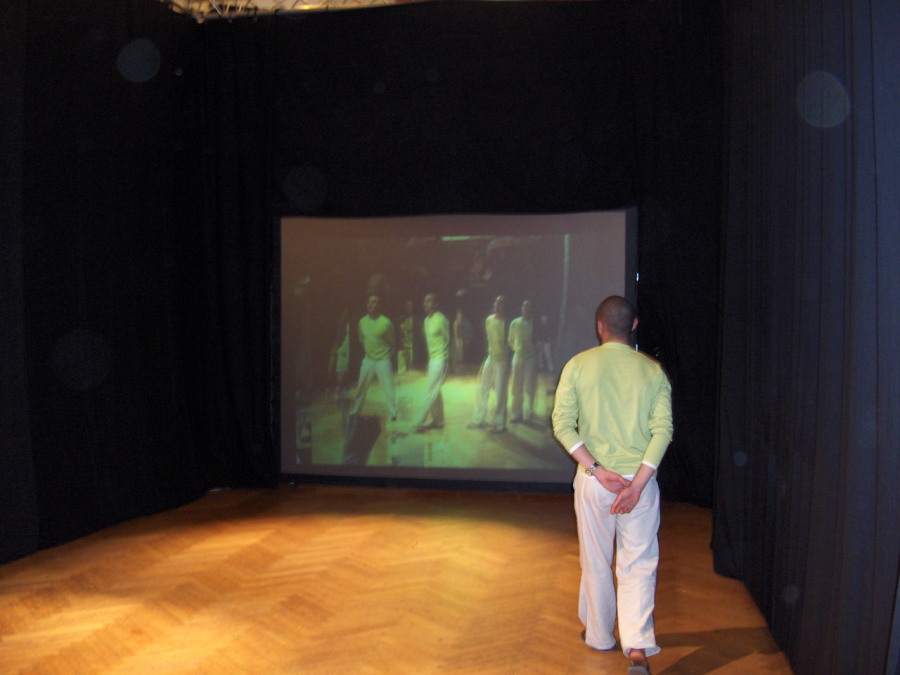 This installation was done during a residency in Luarca, Spain (Symbiosis Festival: Zones of Contact, 2005). As they enter the exhibition room, visitors become unwittingly the subject of what is given to be seen. The paths followed by the visitors are recorded by the camera, then images are extracted and accumulated on a loop in a spatial-temporal way. The starting principle is that of an earlier work SamplTV, but the TV stream of SamplTV is replaced by a video captured by a "surveillance" camera. Simultaneously, the obtained images are projected onto a screen facing the visitors.

This “unwinding” mirror raises interrogations as to image production and identity. Confronted in real time to their own captive and fragmented movements, they are prompted to question or even modify their behaviour. They can try to amplify or minimize their impact on the flux, and so end up appropriating the process. As projection goes on, the rules of accumulation peculiar to the device are such that the multiple tracks left by the spectator confront and answer each other, and eventually disappear altogether. My work Spoiler will again exploit this dynamic of the game between identity and interactivity.

The television flux is taken in terms of potential, a potential of images, movements and signs. Every time a fragment of image cha……

Made in collaboration with Pierre Bourdareau The world is already so full of images, what’s the point of adding more ? .urler se……